Cleveland, Ohio    2009
In 1903, Daniel Burnham designed a master plan for the city of Cleveland which included a wide pedestrian mall, culminating with a train station on shore of Lake Erie. However, the station was never built the and the city was left with a series of rail lines that cut off the downtown from the lakefront. In 2009, the Cleveland Urban Design Collaborative held a design competition for a transportation center that would complete the city-lake connection. I designed a building which not only enclosed the train station below, but whose roof also acted as an extension of the pedestrian mall above. 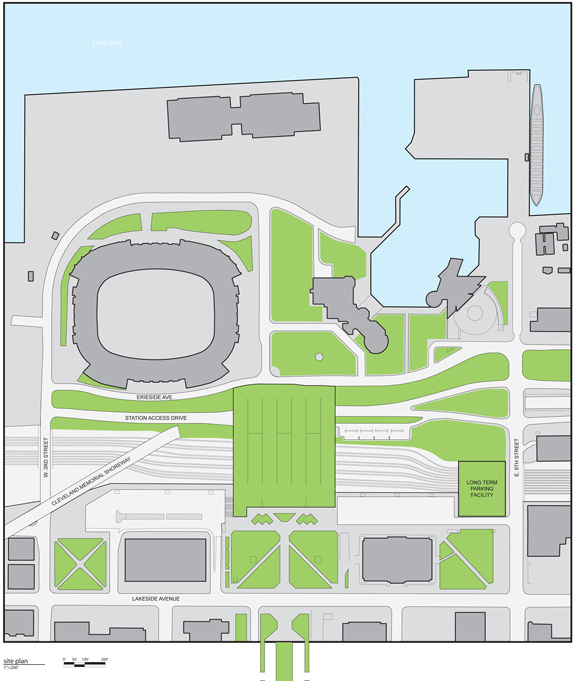 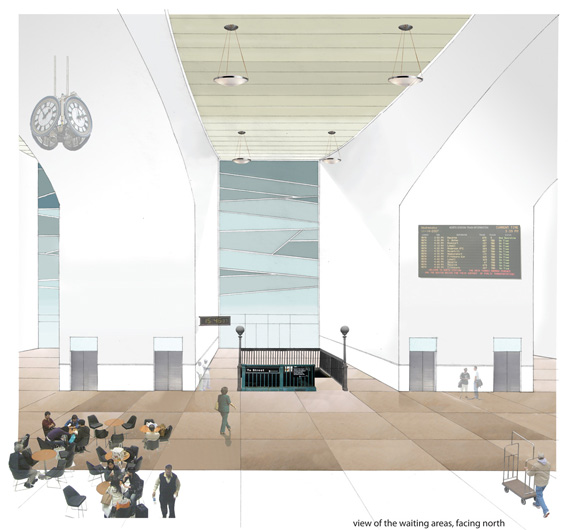 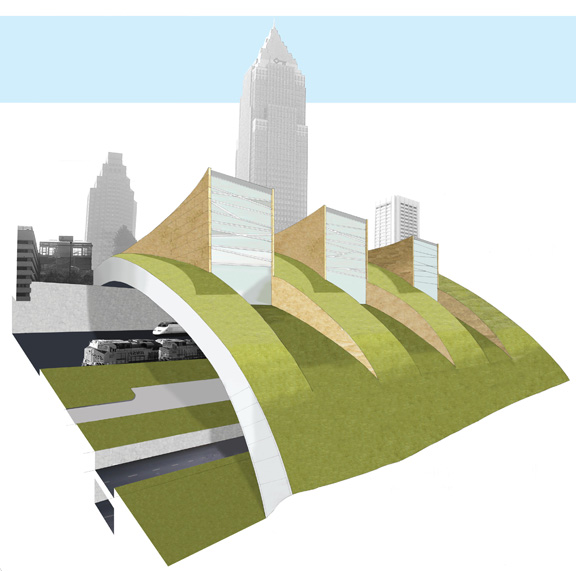